Affected by the epidemic this year, the IFA exhibition will be shortened to three days, and the number of participants will be strictly controlled and not open to the public. This exhibition is the first large-scale exhibition confirmed in Germany since the outbreak of the new crown epidemic in Europe. The full-scene smart life products were released simultaneously, which attracted the attention of many domestic and foreign media. As a HUAWEI Honor Eco-Chain brand, XCLEA will compete with thousands of exhibitors on the same stage and present a splendid home appliance technology show!

The sudden outbreak of the epidemic in 2020 is so cruel, so that consumers' attention to the disinfection and antibacterial functions of home appliances has greatly increased, and the search volume and sales of health home appliances have increased significantly. Among them, the performance of small household appliances is particularly outstanding. With the gradual enhancement of product functions and performance, these black technologies can make home life more convenient and more comfortable, making homes a new way of leisure.

As a national enterprise that makes the Chinese nation proud, HUAWEI has not only achieved world-leading achievements in the field of information and communication technology, but also deployed smart homes. On April 27th, the first XCLEA Wisdom Clean Wireless Vacuum Cleaner was officially released, and it was officially logged into HUAWEI Mall and Glory Shopping Mall. 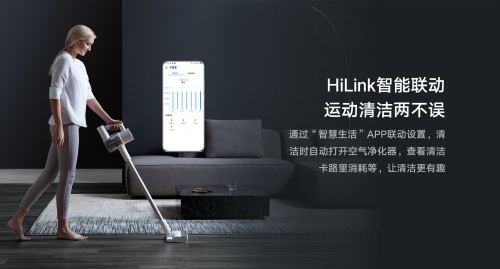 And this time bringing new products to the international stage of IFA, whether it is a steady stream of innovation, products that can cover different usage scenarios, or the intelligence of mid-to-high-end products, XCLEA has given a sincere message. The transcript, this huge advantage was further expanded at IFA 2020 in Berlin, Germany. Based on China, to the world stage. This IFA2020 is the first time that XCLEA represents a Chinese cleaning appliance brand and is an important stage for showing the strength of Chinese brands to the world. It is of great significance to the implementation of XCLEA's globalization strategy and the comprehensive promotion of brand globalization.

First look at the highlights of the HUAWEI Developer Conference, XCLEA brings new products to its debut